Barry and Crazy Joe: The Thing with Two Heads, the Movie

It should surprise no one that political whor—er, opportunists on both sides of the aisle are trying to make hay from this disaster.  They are the ones who got us into this mess, Dems and GOP both.  But worse than their addiction to power is the fact that the American People are their enablers.  It’s all well and good that the polls are so negative on the Dems and Obama and the health care disaster NOW, but in 2008 the majority of the American People were S-O-O-O-O in love with Obama, The One!  He was the smartest, the handsomest, the coolest, the Hopey-Changey Man who would befriend our enemies, end all wars, make nuclear weapons evaporate and usher in a Utopia!  How did we ever elect a 1st term junior Senator with no business or leadership experience and a childhood spent in Indonesia and later mentored by an infamous Communist and who even wrote in his autobiography that he surrounded himself with the most radical elements on college campuses?  And now that he and his pinko friends have pushed through the most radical restructuring of American Life in more than seventy years, we expect the GOP the be our Saviors?  Where were they when Geo W Bush passed the TARP?  And when Fannie Mae and Freddie Mac were disasters waiting to happen, why didn’t they step up to rescue us THEN?

Boehner to Probe Leaders, per Washington Post 44 Blog. The Comedy Just Keeps Writing Itself on the Massa Story!

New York Trifecta of Shame! Now THIS is an unemployment statistic we can believe in! 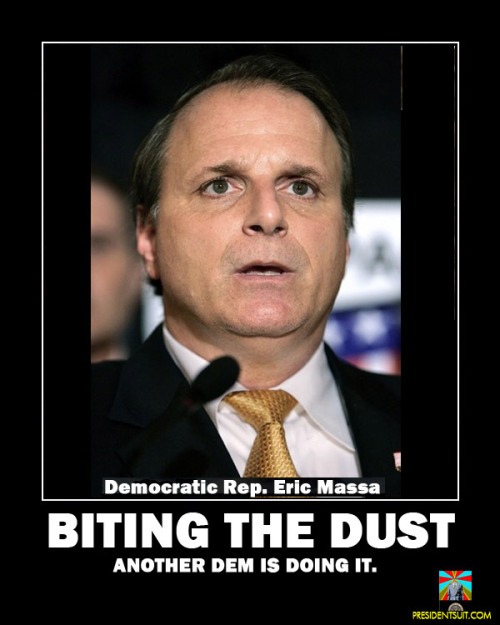